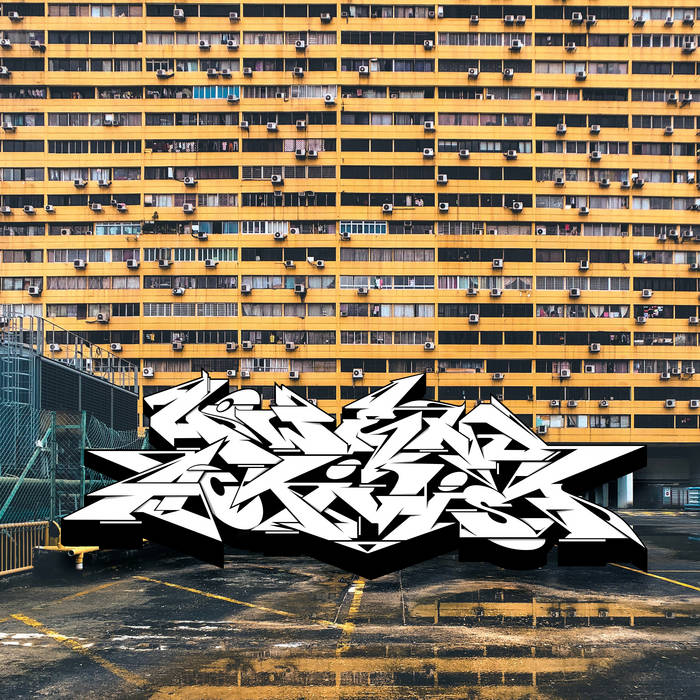 Written, arranged and produced by Low End Activist with vocals on track 1 by Flowdan

Art and layout by Rays Against The Machine

Handstyle on the vinyl edition by REQ TDK

Back photo by Joakim Honkasalo

"Following a high-pressure drop on Sneaker Social Club in 2019, bass-toting instigator Low End Activist steps up with his most expansive release yet.

His sound is a perfect amalgam of elements from the hardcore continuum – at times a dark and malevolent brainstorm of grubby drums dragged through crusty samplers, future-weary textural scrapes, moody splashes of pads and of course bucketloads of crushing subs, lows and low mids all designed to rock you from the waist down. You’ll hear spectres of culture past lurking in the shadows – a trip hop skit from a gaunt figure here, a riotous brawl of grime MCs there – and feel the decades of soundsystem absorption seeping off the platters. It’s like the LEA reached capacity and these productions were what happened when the sponge got squeezed.

One voice cuts a more prominent figure up front though – the peerless Flowdan, lending some powerful bars to Game Theory. What needs to be said about the Pay As You Go / Roll Deep mastermind you don’t already know? His flow is mightier than any sword you care to step with.

Speaking of platters, this particular release marks the first vinyl pressing for Seagrave since the BOA 12” Warp Purpose Vol. 1 back in 2015. It’s an occasion worth toasting, building on a powerful and varied catalogue of sub-heavy sonics operating well outside the mainstream in service to naught but the sound, all packaged in a full-colour sleeve. As an expansive double pack of seven sure shots, it’s also a fitting document of a subversive operative bringing some devastating angles to the hardcore tradition."