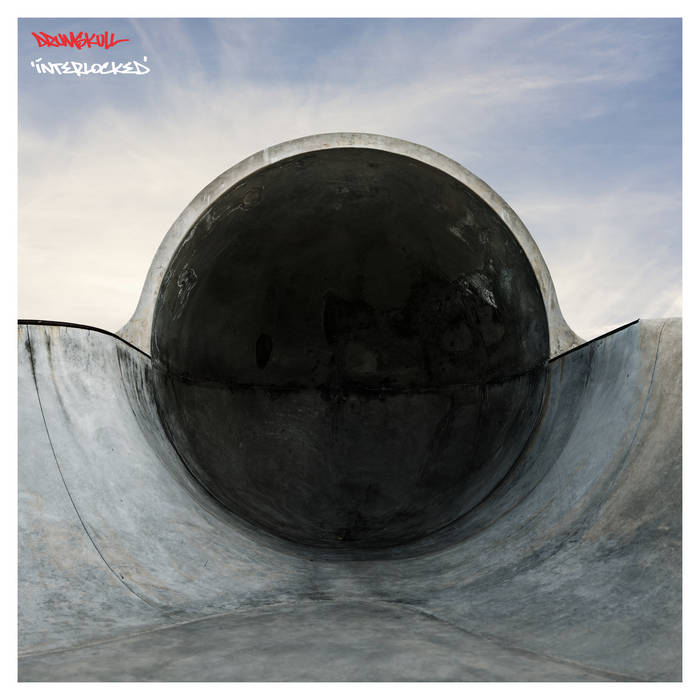 All tracks written and produced by Joel Harrison

Photography by Amir Zaki from his book 'California Concrete: A Landscape of Skateparks' with Tony Hawk and Peter Zellner (2019)


Slick jungle, low-slung broken beat and even a deep house banger, 'Interlocked' assembles 8 tracks of some of the purest old-school vibes by a veteran of the scene under a brand new alias for a frustrated and precarious (post)-lockdown summer.

Tapping the energy of the largely pre-generic party days of '91-94 - a halcyon time of transition in which Drumskull himself, as a life-long skater otherwise stoked on the the raw energy of 80s skate video soundtracks - on Black Flag, JFA, Minor Threat, Stupids et al, on Primus, Gang Starr and Meat Beat Manifesto - made the passage into syncopated machine funk, to sub bass, time-stretched breaks and automated beat production.

Physically drumming in a couple of skate punk bands in the early 90s, exposure to hardcore and early jungle tapes in ’93 by DJ Dimension and DJ Rob (Leeds Orbit, UK), amongst countless others, inspired an archetypal move to sell his drum kit so as to land a set of Technics 1210s. Spinning techno and jungle on the local free party scene and clubs as part of a DJ collective from ’94-96, crafting early tunes on Amiga ProTracker software, and shortly after running club nights in mid-90s London with Mo' Wax and Ninja Tune artists, Drumskull expresses the eclecticism of the era across 8 big tracks of previously unreleased material. Evoking all the energy and excitement of being involved in those early years of dance culture, ‘Interlocked’ powerfully yet playfully connects then to now, reveling in a sense of timelessness, mutation and hybridity.