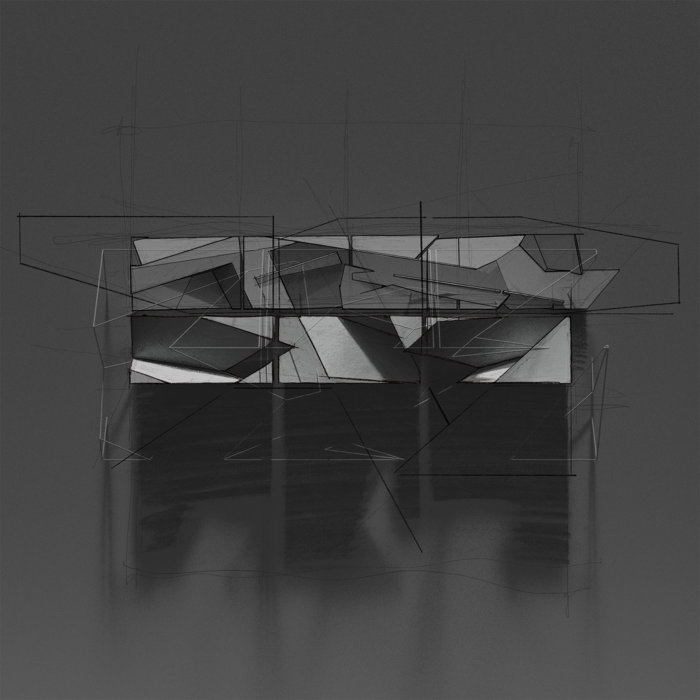 meltedlife Some of the best beats in the game Favorite track: PSKWDIM.

BALKITRON Yet again SDEM is Dropping multi faceted sound bombs!!!!!! what a fantastic collection and design presentation. Big up to Seagrave

SDEM releases have emerged on CPU Records, Opal Tapes and the MEDS platform. Mostly archival, his Seagrave album ‘ZNS’ (or ‘Zones’) describes much less a careful log of experiments conducted over a 15 year period, as an assemblage of electronic maps, a charting of ulterior paths half-followed, impersonal ‘zones’ traversed, mechanical entanglements undertaken and hallucinogenic spaces weathered.

With its cartographic charm, ZNS also confirms that persistent dialogue between visual culture and a rugged approach to drum computers that was, of course, given its boldest expression with graffiti innovation back in the halcyon days of electro and hip-hop. Despite citing the Griselda label as a tonal reference, for SDEM, his project is best construed in terms of mood and intensity rather than easy cultural codes or signifiers. Twenty or so years since Rawkus’ defining image of ‘Soundbombing’ and the hyper-kinetic wildstyle process of Autechre’s output, there’s only the uncertain glow of the past at work here, and which back-lights any present struggle to make and re-make the future anew.

At times brooding, at times banging, ZNS is more than simply a satisfying study in interference patterns and computer downrock. Ultimately, it is a collection inspired by a desire to crash out of the recognisable towards something wholly 21st Century, scrambling the codes towards a blaze of post-generic collisions.

"SDEM lands on the Seagrave label where his twisted, neck-snapping NYC underground informed hip hop beats find the perfect home within the labels futuristic, B-Boy culture and graffiti aesthetics. As ever, these productions are top shelf, drawing on the artist's meticulous production skills, resulting in a gargantuan 21-track set that's rich in sonic details and nuance. Advanced sound design and computer music intersect with relentlessly infectious breaks on this collection of work spanning fifteen years."